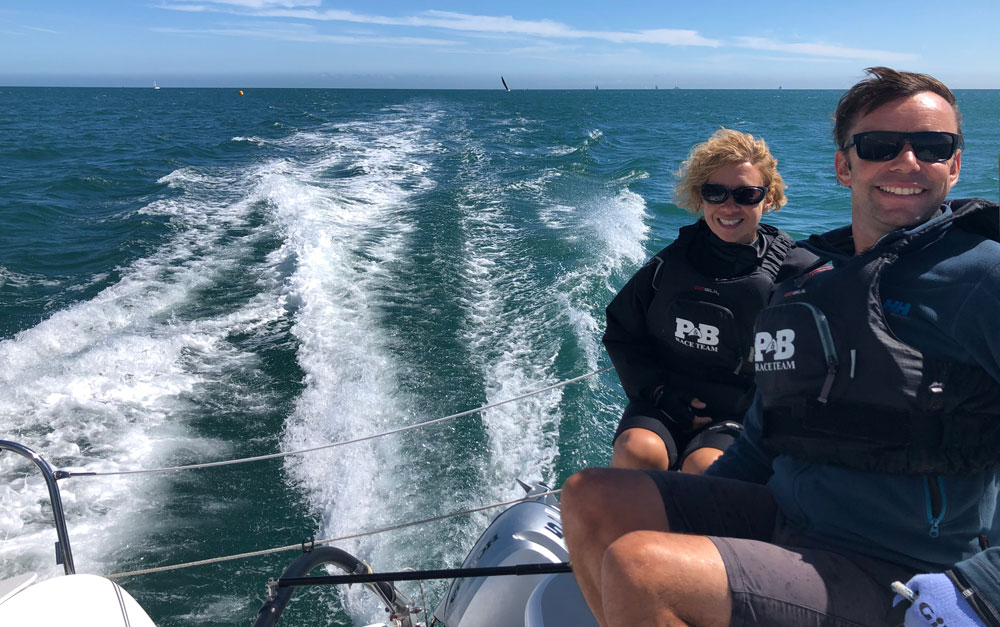 Our Dragonfly 28 Performance demonstrator was 3rd multihull on corrected time, and 8th overall out of 140 yachts on elapsed time, in the Royal Ocean Racing Club (RORC) ‘Race the Wight’ on 1 August 2020.
The only monohulls to finish ahead of us were the three ‘Fast 40+’ race boats. 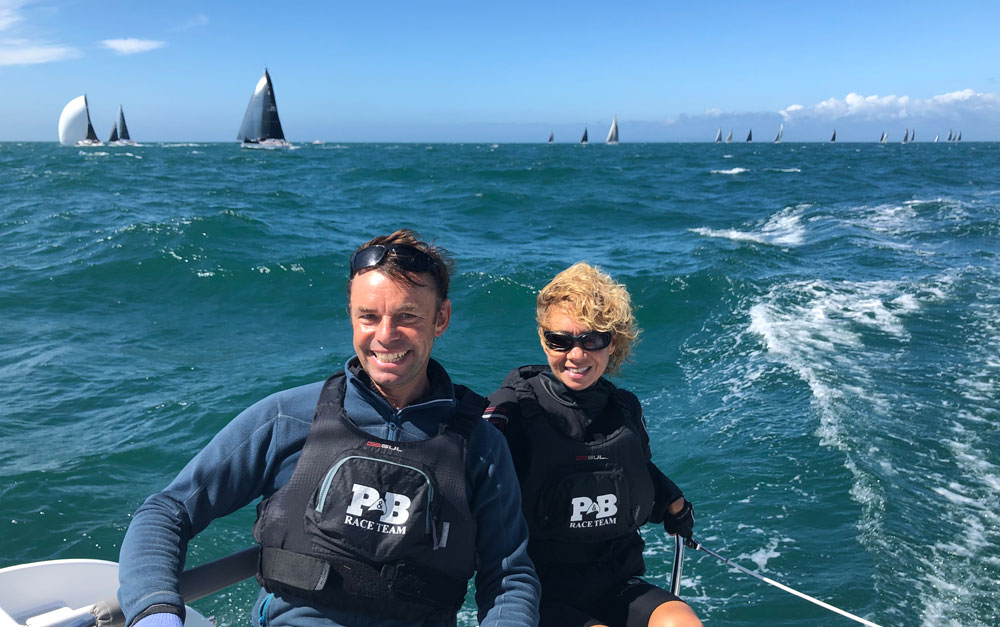 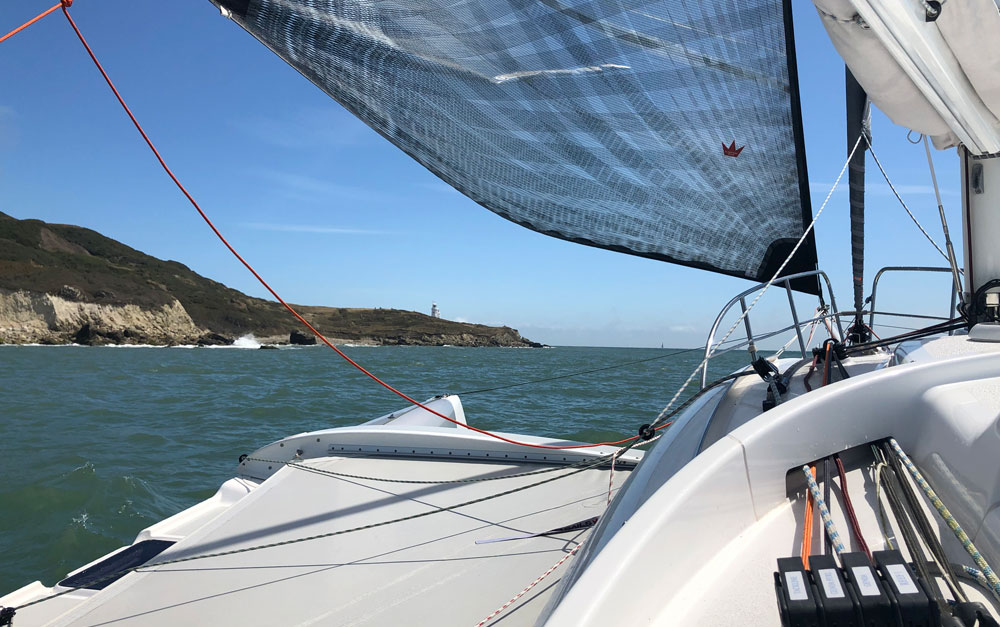 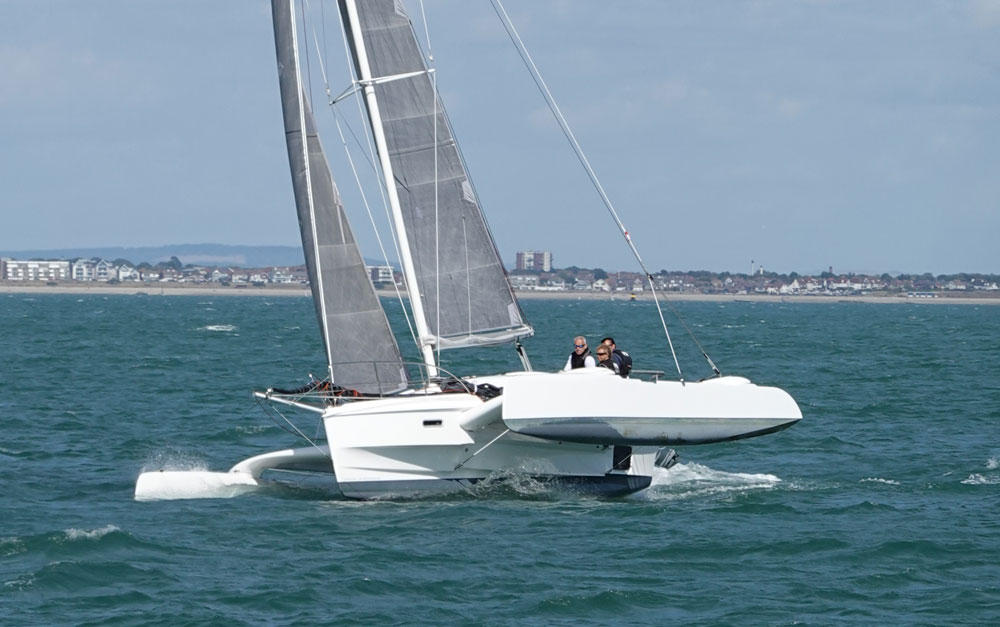 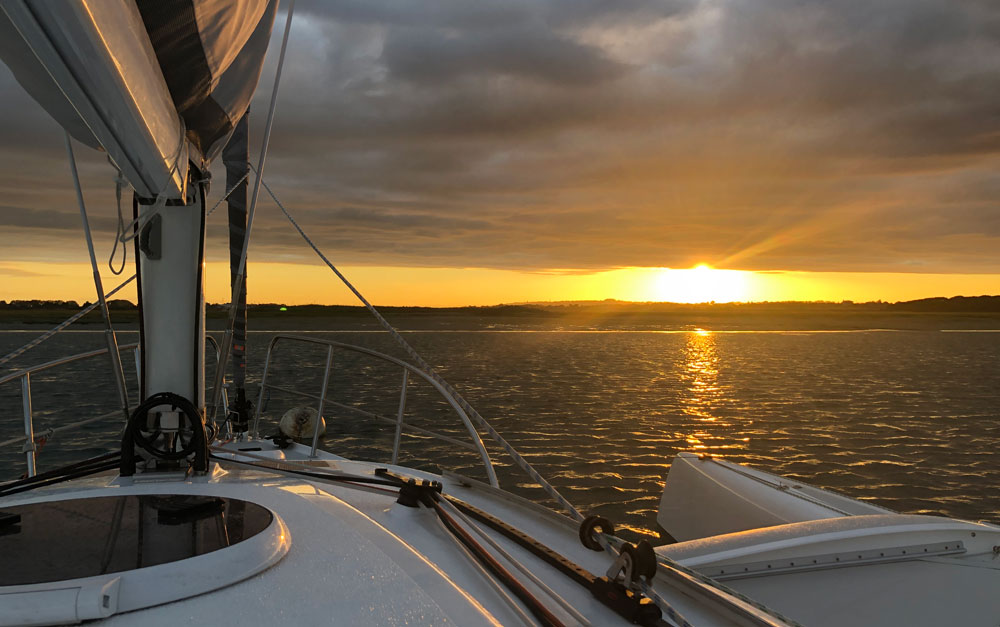 The fleet for this first Royal Ocean Racing Club (RORC) race of 2020 on the classic 50nm Isle of Wight course comprised of 140 boats including 10 multihulls. Our class comprised of our Dragonfly 28 Performance, A DF 28 Sport, a DF 35 Ultimate and a DF 920 Extreme, plus three racing trimarans including a spectacular MOD70 and two large catamarans. We were on the 2nd start, combined with the large IRC 1&2 monohulls.

Our Dragonfly 28 Performance was crewed by Al Wood, Chips Howarth and Lou Bruce, and we hit the line with speed and found a clear lane to our favoured left side of the beat on the island shore, crossing tacks all the way to the Needles with a new Melges IC37 racer in a SW 4-5, while we all hunted down the smaller IRC class 3&4 who started 20 minutes ahead.

As expected, the larger multihulls powered away through the chop, led by the MOD70 PowerPlay, and we rounded the iconic Needles with many larger racing yachts still in front. The sky cleared and we flew the Code 0 towards St Catherines, making steady progress towards the front of the monohull fleet, before switching to the gennaker for the run to Bembridge Ledge buoy. As the breeze built to F5-6, we gybed repeatedly to stay inshore to minimise the foul tide and hold off the monohull pack behind.

As we dropped the gennaker at Bembridge Ledge, the IC37 had closed back in, but a fantastic 2-sail reach to the forts at 17-18 knots left them far behind (as shown above). From Ryde Sands we were upwind to the finish, with the Dragonfly 28 revelling in the flat water and holding 10-11 knots. Our elapsed time was 5hrs 58 minutes (average of around 10 knots), after which we turned east for home and could at last break open lunch and a refreshing cold beer.

What a fantastic day on the water, and well done to all the multihull crews who put on a great display in front of the RORC fleet.